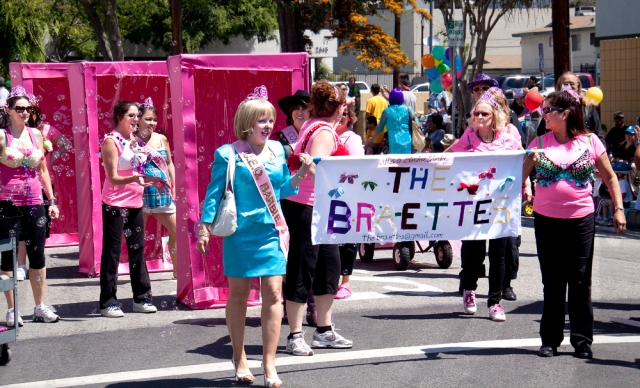 For their entry in the 2011 Doo Dah Parade, the Bra-ettes marching group showcases modern Barbies in pink boxes, including the CEO Barbie, Pregnant Teen Barbie, Gypsy Barbie, and Cowgirl Barbie.

Political statements and a circus atmosphere – complete with stilt walkers, clowns, and fire eaters – highlighted the 2011 Doo Dah Parade as more than 70 groups strutted their stuff down Colorado Blvd. 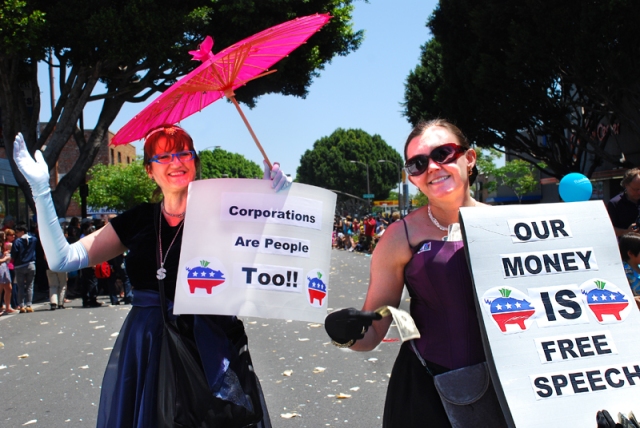 Vintage themes ranged from the Victorian-clad Lace Grannies to the ’60s-’70s Disco Drill Team to Thrill The World Pasadena Zombies. 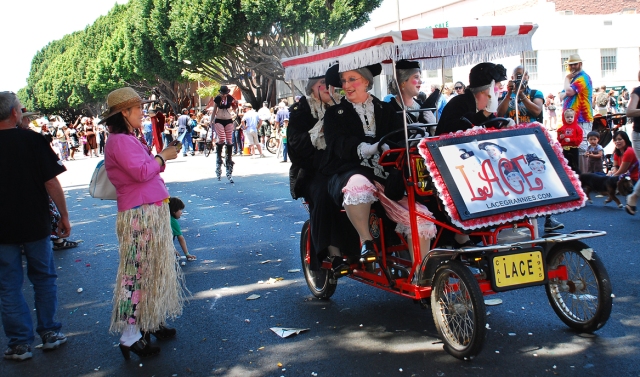 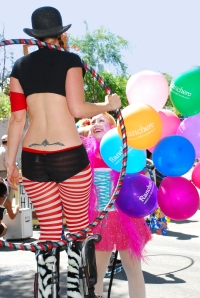 Starting the traditional 17 minutes late, the 34th occasional/sometimes annual Doo Dah Parade delighted crowds lining both sides and the middle of the street. 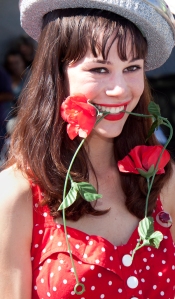 The 2011 Doo Dah Queen is a fan of vintage attire.

The 2011 Doo Dah Queen is 17-year-old Rosalind Schoen, aka Red Rosie, an Alverno High School junior whose favorite class is AP U.S. History. Her court accompanied her on scooters, circling as she rode down the boulevard in a red pickup.

Groups ranging from one man bands to full rock ensembles filled the air with festive cacophony. 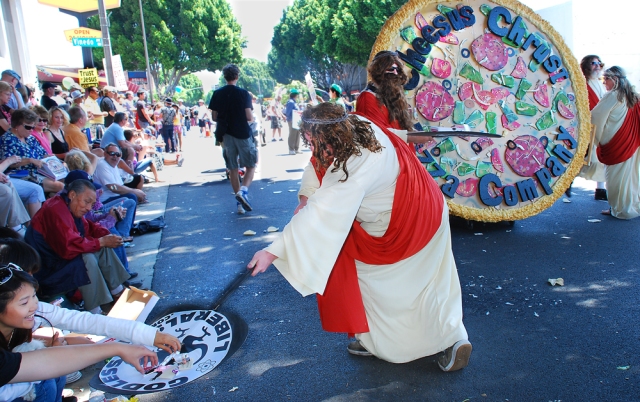 Disciples of Cheesus Chrust offer candy to the minions lining the street at the 2011 Doo Dah Parade. 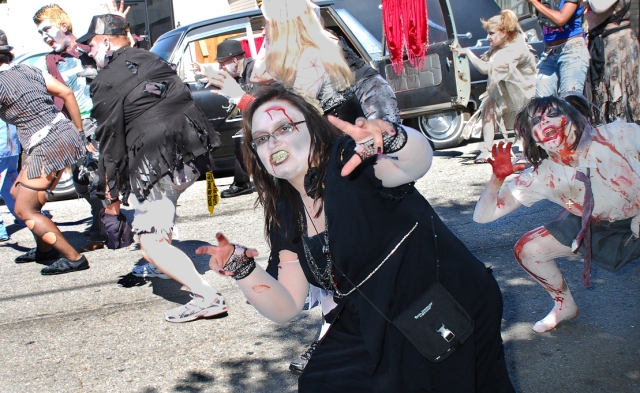 Zombie Marlene Escarno and members of Thrill the World dance to Michael Jackson's Thriller for crowds at the 2011 Doo Dah Parade.

For more information on the background of the Parade, see our post previewing it.

Watch this space for updates on next year’s event. We’ll be there – maybe with bells on! 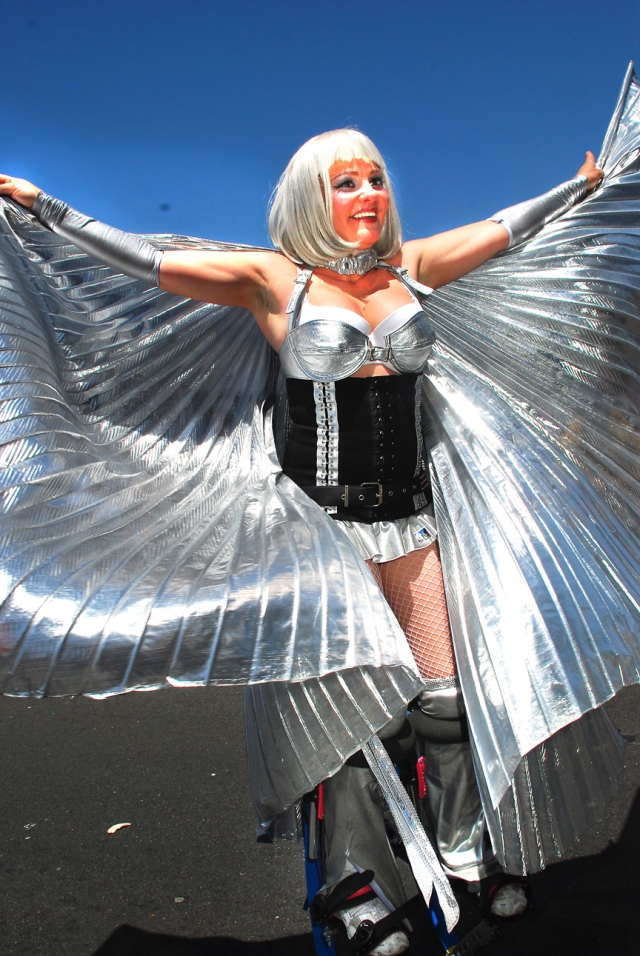